Not many autodidact painters can claim to achieve such a fine mastery of their medium, yet Théophile Emmanuel Duverger can be named as one of them.

Born in Bordeaux in 1821, he chose not to follow the classic cursus honorum to become an artist, but despite this, his works would be later accepted at the Parisian Salon - where, in the course of his career, he won two medals and an honourable mention - and therefore find commissions and buyers. Rather, he moved to Ecouen, where an art colony had been founded by Pierre Edouard Frère, and began to paint following his inclinations and the inspiration he could find in nature. From Frère, he adopted the subject of interior scenes, a genre that had been highly popular since the Golden Age of Dutch painting, but that he declined into a more intimate version, often portraying simple family activities, and especially compositions involving children.

This theme was very well received in the post-revolutionary France when the rising bourgeoisie would seek in such depictions a representation of their own background, that had nothing to do with the mythological subjects of the "Style Pompier". The relatable nature of his paintings is the same reason why they do not cease to appeal still nowadays.

In the example we have for sale, three young siblings are up to some mischief, stealing pipes and cigarettes from a cabinet, probably belonging to the adults of the house; while the older two make their first smoking attempts - the boy striking a confident pose, whilst the girl savours the taste of the smoke in a more contemplative attitude - a younger child stares at his brother, toying with a cart in his hands, and looking rather confused.

Coming with provenance from Messum's, this painting will be offered with an estimate of £5000. 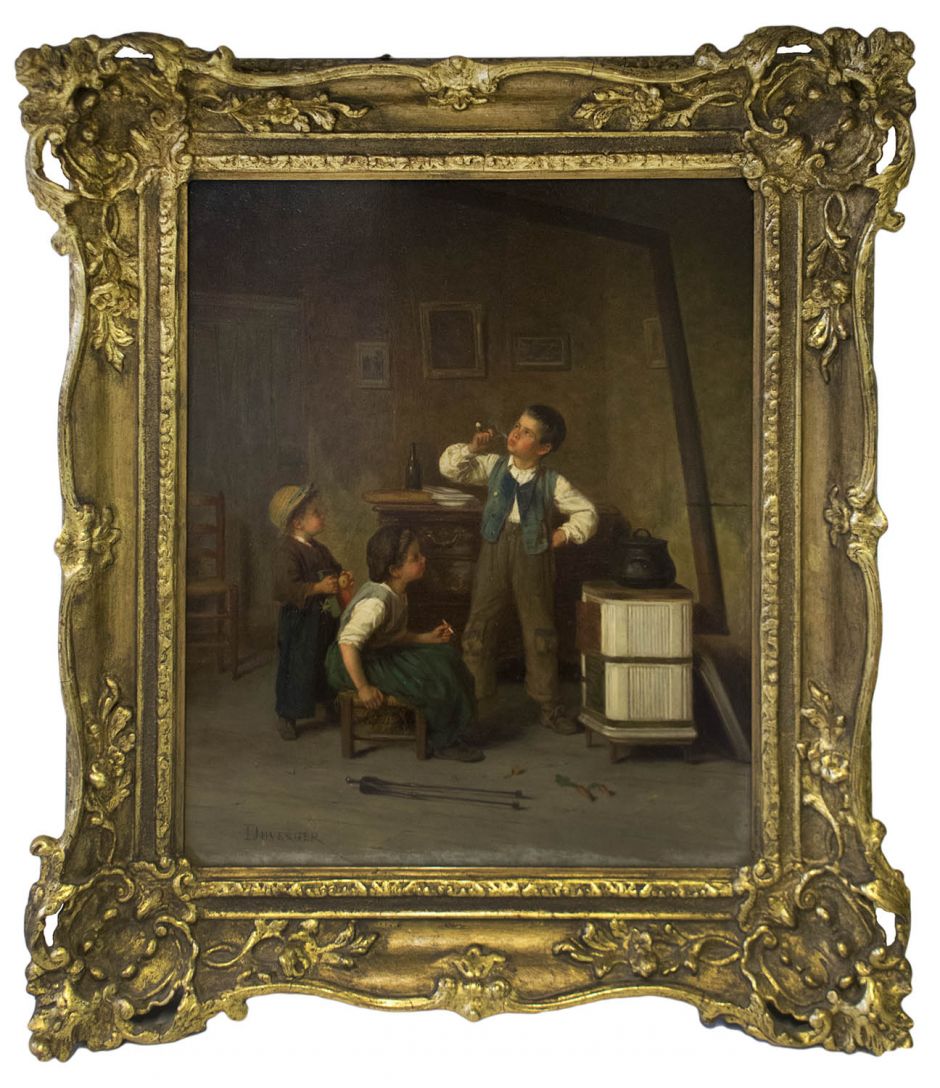 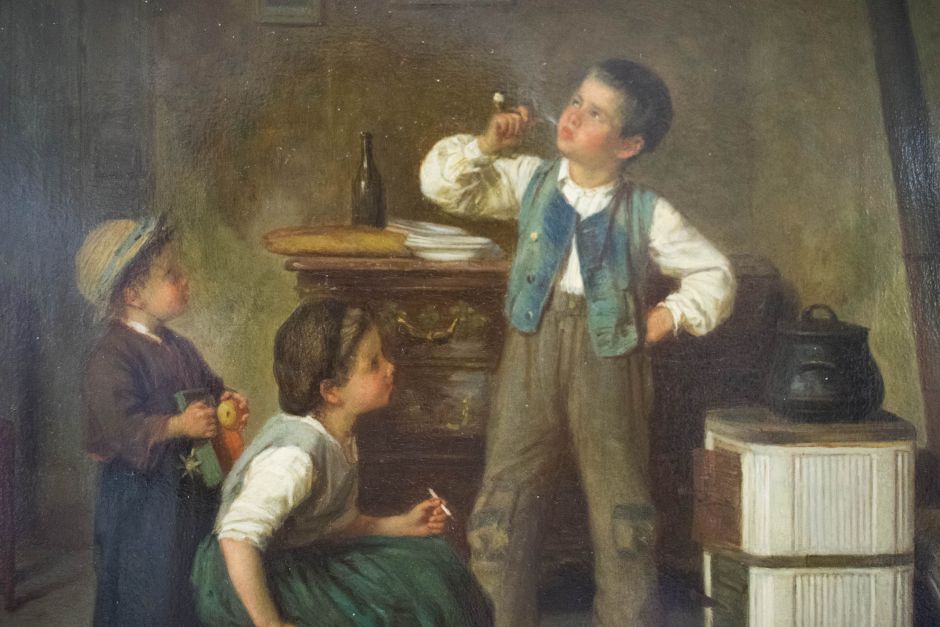 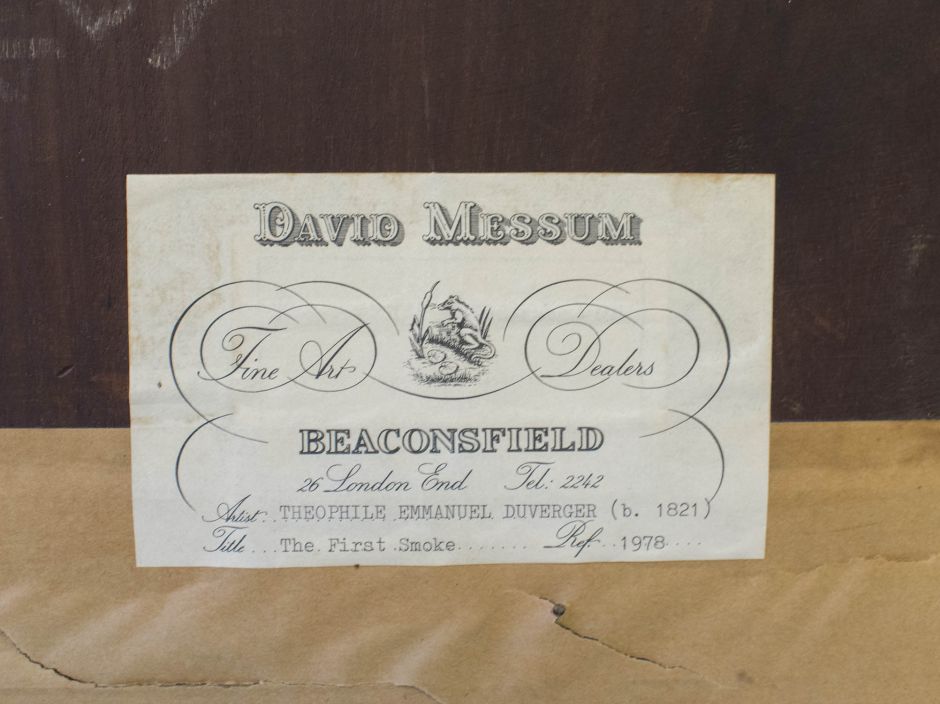 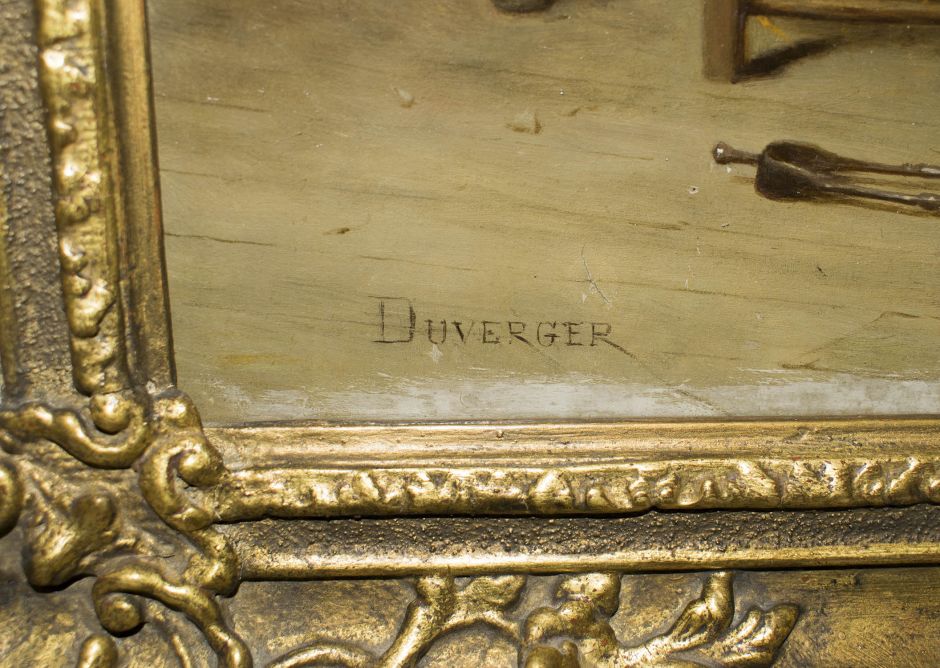 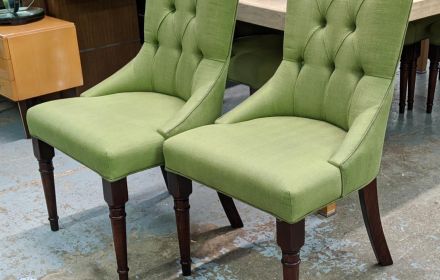 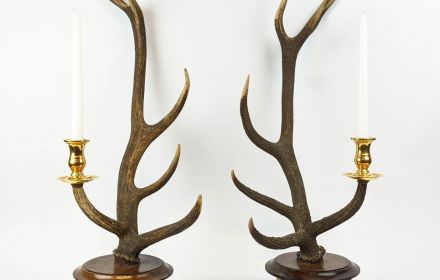 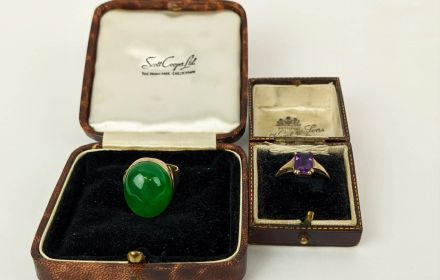 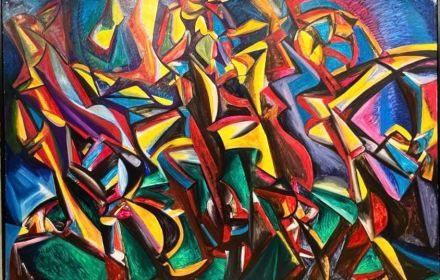