The artistic duo going by the alias of Connor Brothers is formed by British artists Mike Snelle and James Golding. Initially willing to preserve their anonymity, they began their career adopting the names of fictional twins who, according to the narrative, escaped extremist Christian cult “The Family”, and set off to create artworks to figure out all those elements of the outside World previously unknown to them.

Since 2014, when the pair revealed their identity, they have become more and more collectible, with sales exponentially increasing since – all the items on their personal shop are sold out, and their works being sold by all the major auction houses.

Their main approach to creation is the re-working of elements of widespread pop culture, such as borrowing the iconography of retro film posters, and embedding them with thought-provoking and sarcastic phrases.

The two lots we are presenting for sale on 23rd February, are perfect examples of their style. Featuring the iconic vintage Penguin books’ covers, with the caption “A load of fuss about fuck all”, they very much reflect the nature of present-day information, a likely scenario for the interpretation of these prints.

Should you like to own a piece of “popular culture, presenting an almost anthropological view of contemporary western society”, to borrow the artists’ own words, Lots Road Auctions Art specialist Daniela warmly recommends taking part in the bidding for these pieces! 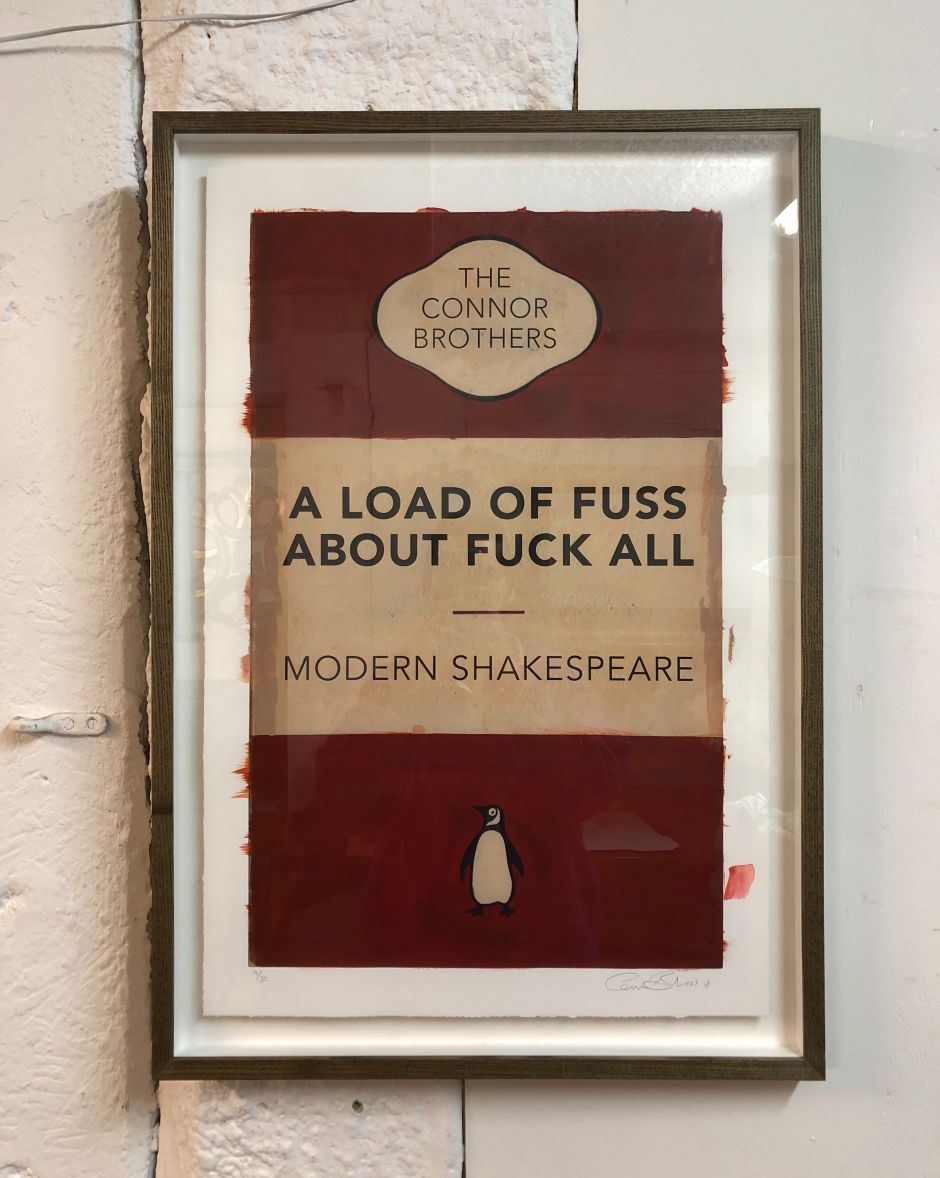 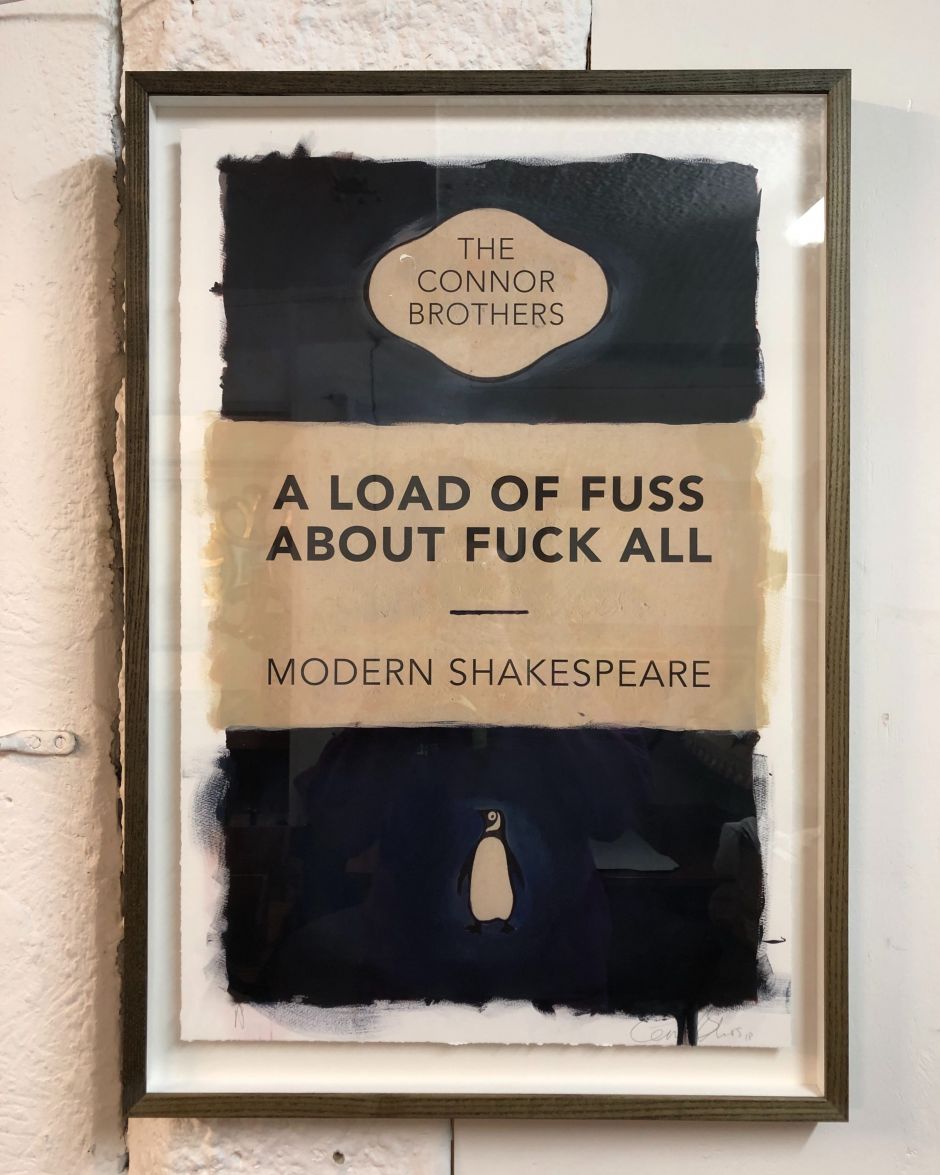 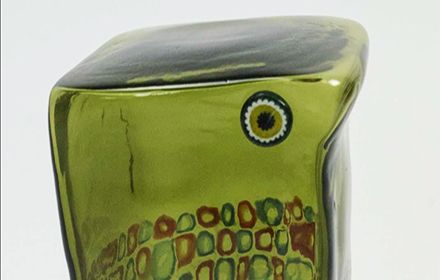 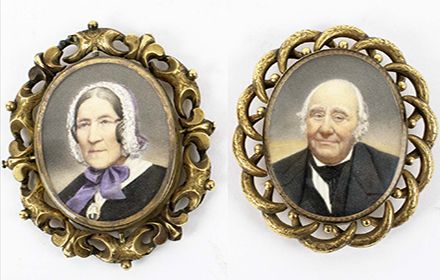 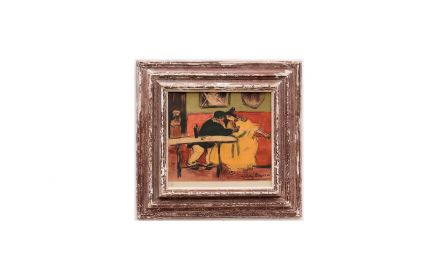 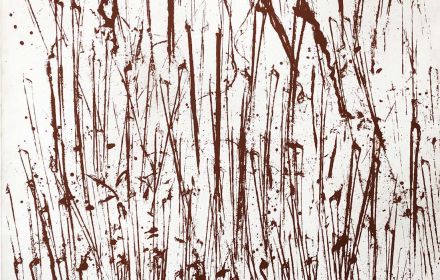