Mark Seliger and a History of Kitsch

On display in the modern saleroom are two photographs displaying pop culture celebrities The Black Eyed Peas and P-Diddy. In painted gold frames, emblazoned with adhesive diamantes and gems, the photographs seem like cheap celebrity memorabilia. However, they are actually steeped in art historical precedent and provide a fascinating way of considering the history of portraiture and kitsch.

Mark Seliger is an American photographer known for his portraits of celebrities and political figures, including Kurt Cobain, Barack Obama, Kim Kardashian and the Rolling Stones. He has photographed covers for GQ, Vanity Fair and Vogue. However, in comparison with the monochromatic, sleek and minimal photographs for which Seliger has become renowned, these two images in Lots Road are vastly different. They are bright, garish and could even be considered tacky.

To understand the place of these photographs in visual culture, we must first consider the history of the portraiture tradition. Examples of portraits exist in every culture all the way back to antiquity, but it was really with the discovery of oil painting in the Northern Renaissance that the technique really became established as a way of realistically portraying someone’s likeness.

Van Eyck is the most famous early adopter of this technique, painting his Arnolfini Portrait in 1434. Shortly after we have the paintings of Hans Holbein, The Ambassadors, Diego Velasquez, Las Meninas, and Thomas Gainsborough, Mr and Mrs Andrews. Most art historians would agree these are some of the most influential paintings in all of western art. They would definitely not be considered kitsch or tacky. However, they surprisingly have a lot in common with Mark Seliger’s photographs in Lots Road.

The first thing to notice about these photographs is they are celebrities. Whereas in Seliger’s other photographs, the celebrities’ reputations are allowed to speak for themselves, in these two photographs, their wealth and excess is shoved in the viewer’s face. There are countless signs of expenditure. We see designer watches, designer clothes, alcohol, cigarettes, exotic animals, fast cars and P Diddy is literally dressed up as a king.
Even though today this is viewed as tacky or extreme, this method of showing your belongings and wealth was a common practice in portraits of the past. In the Arnolfini portrait, oranges are displayed on the window sill as a new and exotic fruit, showing Giovanni Arnolfini’s position as a wealthy merchant who could import such highly valued objects. He is dressed in rich materials in the fashions of the time, and the domestic slippers at the bottom show him as a man of leisure.

Similar methods are seen in Holbein’s Ambassadors, who are dressed in rich garments. A book is shown, printed using the latest printing press, whilst the globes and instrument show their knowledge of culture, music and geography. The textiles shown here are also expensive and exotic, again, testament to their wealth and worldliness.

Las Meninas prominently displays the servants of the Spanish monarchs in the foreground, as they dress the heir to the throne, a depiction of their wealth and lives of luxury.

Finally, Gainsborough’s painting of Mr Andrews displays everything he ‘owns’, his wife, his pet and his land.
Yet, the element that makes these photographs so different is really their frames. The faux gold, with stuck on gems, appears cheap, contrasting drastically with the ostentatious wealth within the photos.
This speaks to an entirely different tradition: Kitsch. Kitsch is defined as anything overly garish and vulgar, in contrast with the elegance and taste of high art. Since the 1970s, artists have challenged what kitsch and ‘taste’ really is. They do this by creating excessively kitsch items, mocking the very idea of taste.

Pop artist Allen Jones, for example, creates overly sexualised sculptures of women to question how society objectifies women, and treats them like objects. With his overly kitsch portrayal, Jones is mocking society’s line of what is and isn’t appropriate, and what is and isn’t high art.
The same is true for Jeff Koons and his giant balloon dogs. The very fact he is successful with the art he produces is ironic and mocks the very taste of the art world.

Perhaps the frames are a similar idea. They are so kitsch and so distasteful that perhaps they are really asking us as the viewer to judge who we put on a pedestal in society and what we view as important and valuable.
The idea of the artist having a joke at the sitter’s expense, or making a comment to the viewer, is even true for these older paintings. It is most clearly seen in the Ambassadors, where a stretched skull is emblazoned across the floor. It is Holbein’s comment that, despite all these worldly riches, mortality comes for everyone.
Thus, perhaps these photographs can remind us that taste is something that changes from generation to generation. Although these photos might seem quite tacky, they are really steeped in historic meaning, and come from a long history of visual precedent. 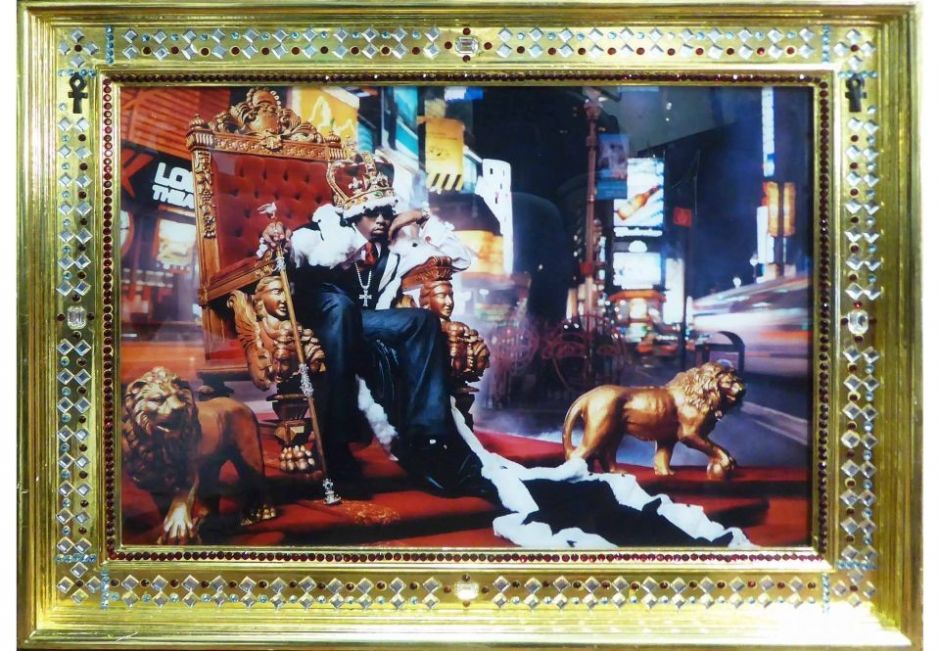 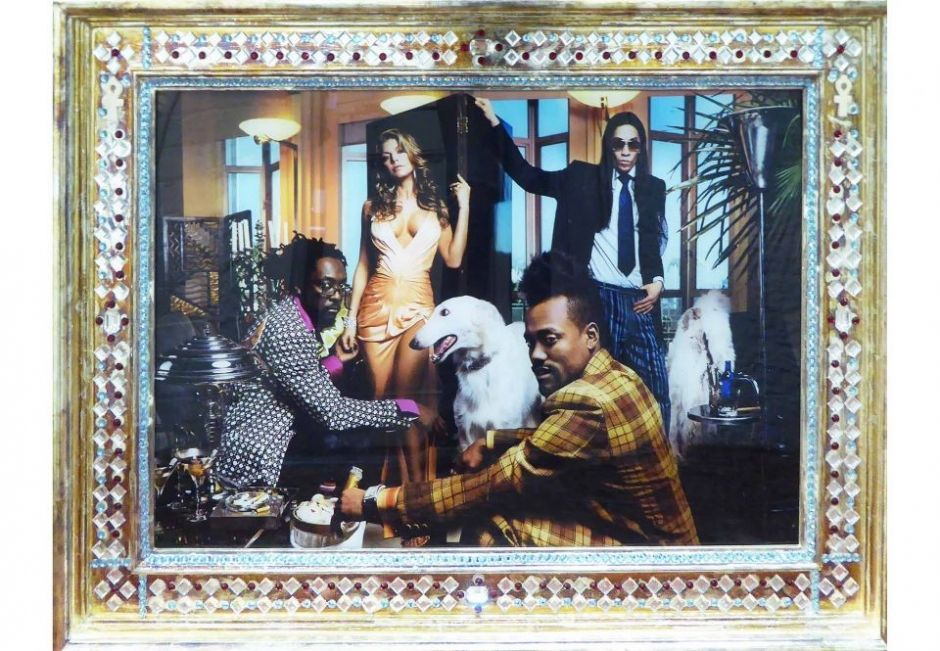 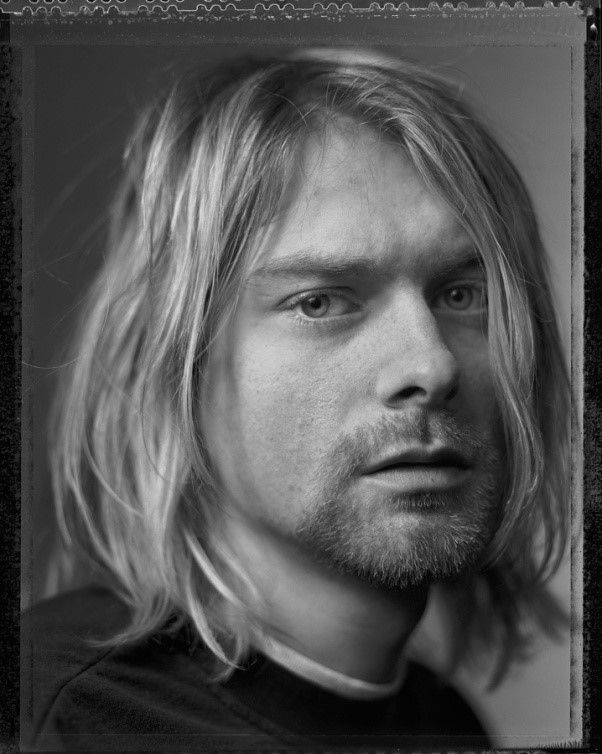 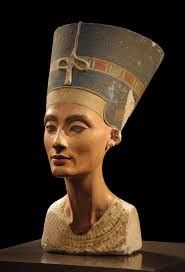 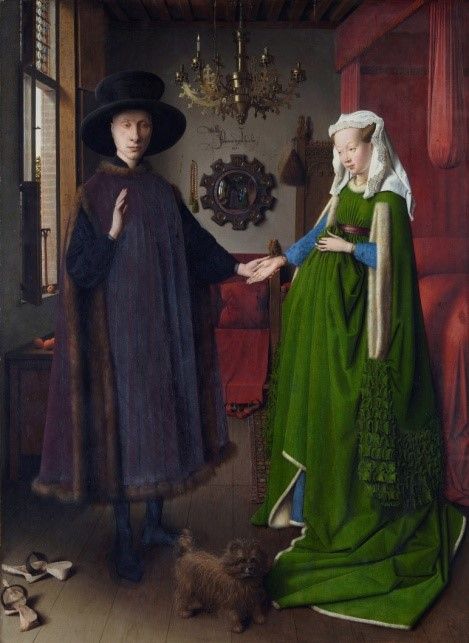 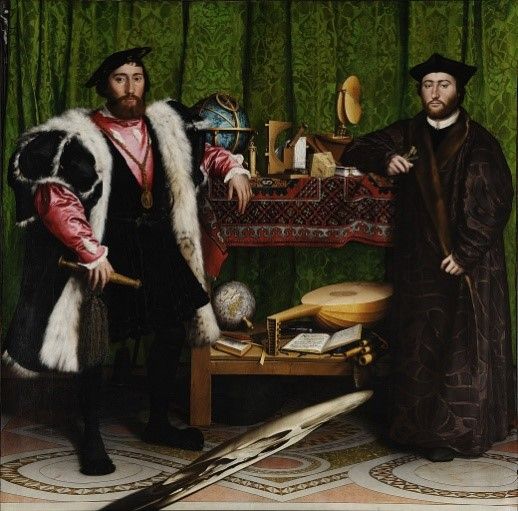 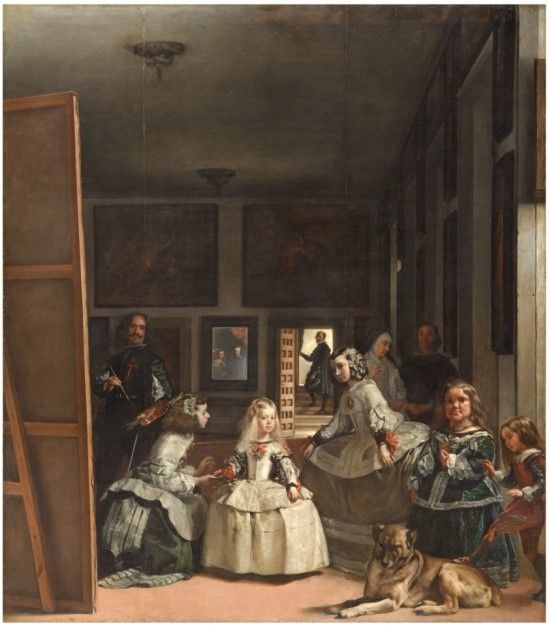 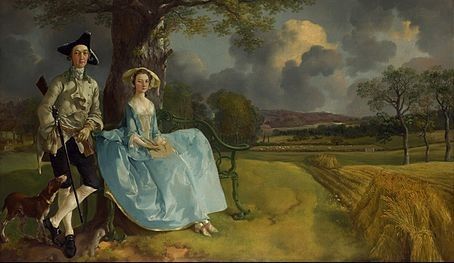 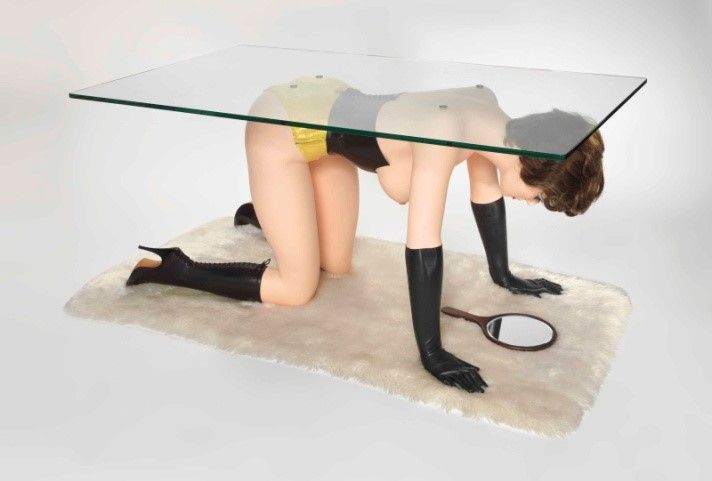 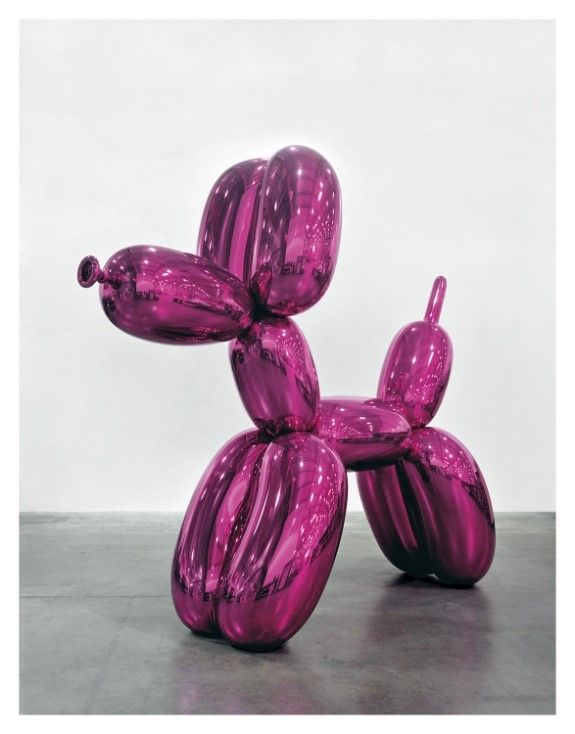 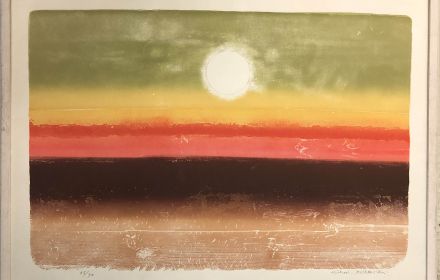 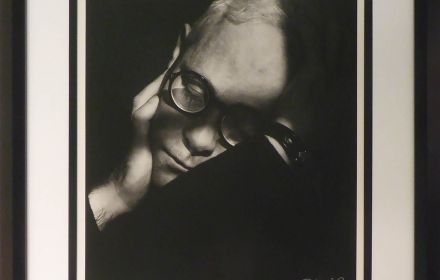 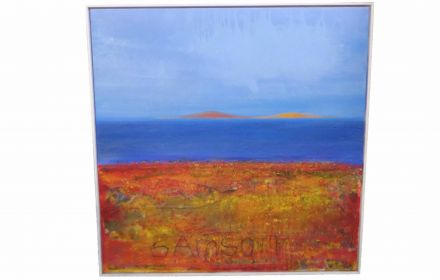 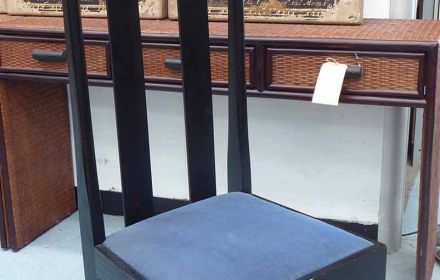